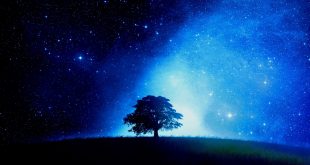 Theoretical ‘irfan, as said before, is concerned with ontology, and discusses God, the world, and the human being. This aspect of ‘irfan resembles theological philosophy (falsafeh-ye ilahi), which also seeks to describe being. Like theological philosophy, ‘irfan also defines its subject, essential principles and problems, but whereas philosophy relies solely upon rational principles for its arguments, ‘irfan bases its deductions on principles discovered through mystic experience (kashf) and then reverts to the language of reason to explain them.
The rationalistic deductions of philosophy can be likened to studying a passage written originally in the same language; the arguments of ‘irfan, on the other hand, are like studying something that has been translated from some other language in which it was originally written. To be more precise, the ‘arif wishes to explain those things which he claims to have witnessed with his heart and his entire being by using the language of reason.

The ontology of ‘irfan is in several ways profoundly different from the ontology of philosophers. In the philosopher’s view, both God and other things have reality, with the difference that while God is the Necessary Being (wajib al-wujud) and Existing-By-Himself, things other than God are only possible existents (mumkin al-wujud), existing- through-another, and are effects of the Necessary Being. However, the ‘arif’ sontology has no place for things other than God as existing alongside Him, even if they are effects of which He is the cause; rather, the Divine Being embraces and encompasses all things. That is to say, all things are names, qualities, and manifestations of God, not existents alongside Him.
The aim of the philosopher also differs from that of the ‘arif. The philosopher wishes to understand the world; he wishes to form in his mind a correct and relatively complete picture of the realm of existence. The philosopher considers the highest mark of human perfection to lie in perceiving, by way of reason, the exact nature of existence, so that the macrocosm finds a reflection within his mind while he in turn becomes a rational microcosm. Thus it is said when defining philosophy that: [Philosophy is] the (final) development of a rational knower (‘alim) into an actual world (‘alam).

This means that philosophy is a study whereby a human being becomes a rational microcosm similar to the actual macrocosm. But the ‘arif, on the other hand, would have nothing to do with reason and understanding; he wishes to reach the very kernel and reality of existence, God, to become connected to it and witness it.
In the ‘arif’s view, human perfection does not mean having a picture of the realm of existence in one’s mind; rather it is to return, by means of treading the spiritual path of progression, to the origin from which one has come, to overcome the separation of distance between oneself and the Divine Essence, and, in the realm of nearness, to obliterate one’s finite self to abide in Divine Infinitude.
The tools of the philosopher are reason, logic and deduction, while the tools of the ‘arif are the heart, spiritual struggle, purification and disciplining of the self, and an inner dynamism.
Later, when we come to the world-view of ‘irfan, we shall also discuss how it differs from the world-view of philosophy.
‘Irfan, both practical and theoretical, is closely connected with the holy religion of Islam. Like every other religion – in fact more than any other religion – Islam has explained the relationships of man with God, with the world, and with himself; and it has also given attention to describing and explaining existence.

based on ” ‘Irfan (Shi’i spiritual teachings) as compared to tasawwuf (Sufism), its beliefs, practices, different parts
(Shari’ah, Tariqa, and Haqiqa), as well as its major practitioners throughout Islamic History”  By Ayatullah Murtadha Mutahhari.